At the beginning of 2018, Parow North Primary School started our very own Drama Club.  The aim of this extra-mural activity is to give the learners a platform to develop their public speaking, acting and oral talents.

The learners were asked to audition and 15 learners were invited to join the club for the year.  They were first taught the basic rules and techniques to perform on stage as this was the very first time most of them were partaking in something of this sort.  In March we started working on our play.

We starting working on a play called the Twits, which is an adaptation of the book, with the same title, written by Rahl Dahl.  We practiced all year with performing at various festivals our ultimate aim.

We took part at the Tygeberg International Eisteddfod’s Junior Play Festival and received 76% for our first performance.  We were also nominated for 3 awards.

We are still preparing for the De Kuilen Festival at the end of August and the Silwervaringkunste Toneelfees in September.  We know that our little actresses will rise to the occasion again. 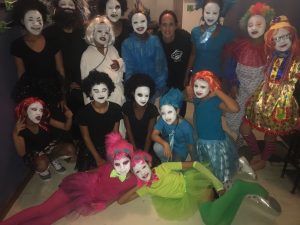 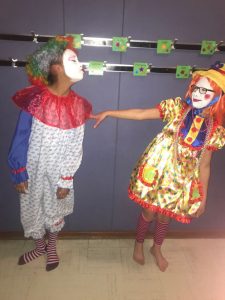 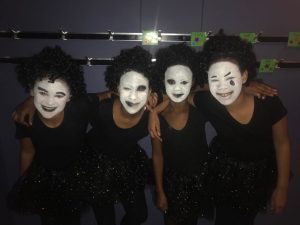 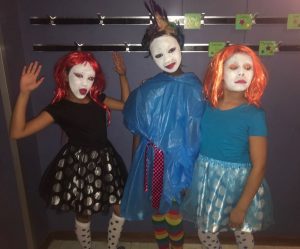 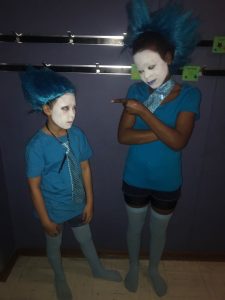 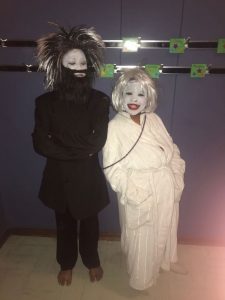 The Grade 4’s went on an outing to the Centre for Conservation Education in Wynberg.  They went at the beginning of the 3rd term.

Our learners experienced the feeling of a school environment in the year 1900.  The school was conserved and they sat in the proper old fashioned wooden and cast-iron desks.

Our girls were dressed up with crisp white apron dresses and the boys wore a waistcoat with a scarf.  They wrote on a slate with a slate pencil.  They partook in reading and arithmetic classes, as was taught in 1900.

They had to pack a lunch as in the Victorian era, using brown paper bags and grease proof paper.

This was a very good example of an average school day in the early 1900’s which our learners thoroughly enjoyed. 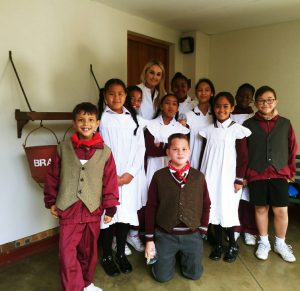 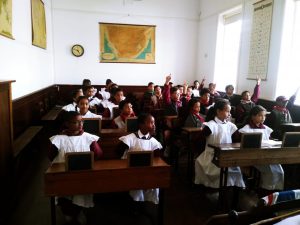 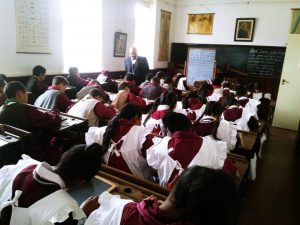 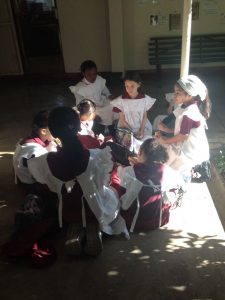